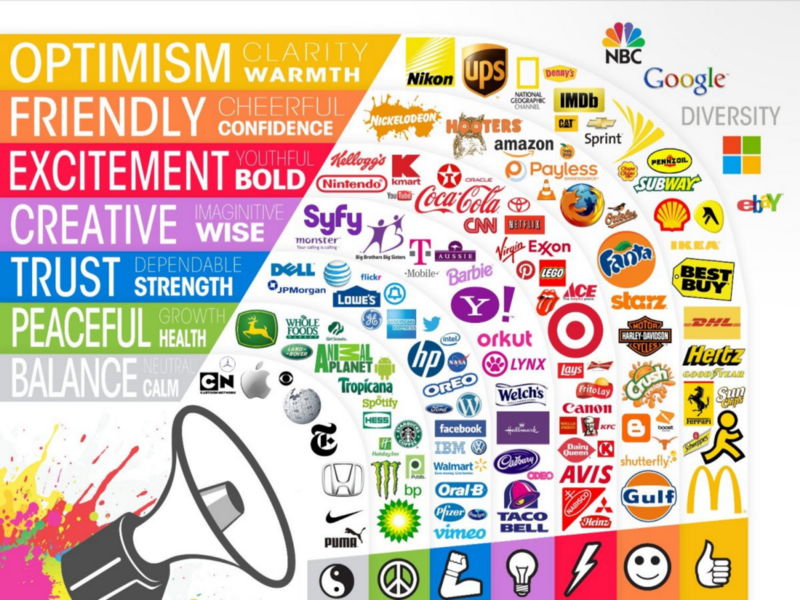 The first time I ever heard about Bots was when an old colleague of mine assured me that the fictitious data in our demo system would be magically update over night thanks to the “Bots” in our system. This was in 2012. Just like the any good Sci-Fi movie promises us, these little nano- bots have evolved a lot. They’ve come out of those back-end databases where they’ve been busy carrying out millions of automated chores, and now they’ve surfaced to the front of our websites, our favourite Apps, the Facebook pages of the brands we like, and now they’re chatting to us. Well, at least, they’re trying to.

So what will the next 5 years bring? Will they be doing all of our meeting setting for us (as Amy Ingram would promise) or doing our selling for us — or simply amusing Gen Xers? How do Chatbots need to evolve now in order become truly useful to consumers and businesses alike — that’s what I want to explore here. 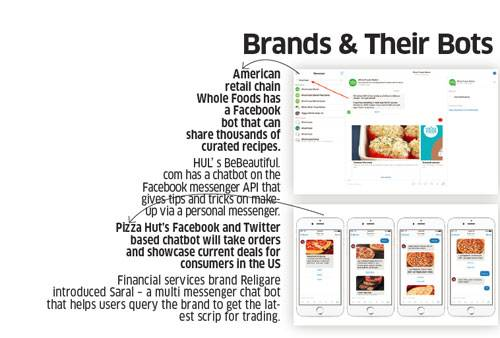 Chatbots have been on the scene for about 16 months now. Lots of brands (and a handful of music artists) have jumped on the bandwagon from Tommy Hilfiger to Pizza Express to persona Chatbots like 50 Cent.

Marred by early attempts to create true AI (machine learning) Chatbots like Microsoft’s Tay, the Chatbots that have are popping up over the last 12 months are predominately “scripted” Chatbots. What I mean by this is even though they might allow you to type in some text (see Christian Grey Chatbot on FB Messenger) they still follow a structured script of responses ensuring that they never veer off-piste. Perhaps the smartest of all the “scripted” Chatbots I have come across is Quartz, a very clever news App that gives you the latest nuggets of news in bite-sized amusing chunks.

Somewhat like when the Appstore first appeared in 2008 it was dominated by games Apps and a hand full of utility Apps for the first year or so, the compelling use cases for Chatbots are only beginning to emerge. It’s still unclear as to who will come out as the early winners. Right now the best of them can teach us to play blackjack, give us the odds on our favourite race horse or help us to book a table at a restaurant. But can they now play a serious role in allowing brands to drive real commerce through the medium of conversation? (“conversational commerce” as it is being referred to).

It should come as no surprise that this should be the format that we choose to talk to brands in the future, conversation is, after all, mankind’s oldest form of communication. What’s interesting is the way people chose to converse with these early Chatbots. Despite our rational minds knowing that they are just Bots (especially since Chatbot best practise is to introduce themselves as a Bot in the opening line) we still choose to treat these little guys as friends.

Why is this? Well I would suggest that it is for 2 primary reasons. Firstly, it has long been human nature to imbue attributes of humanness on any robot we interact with (we generally find it impossible to build a robot without a pair of human-like eyes). And secondly, most of the Chatbots on the market today do a pretty good job of amusing us. Quartz will make you laugh within the first 2 minutes, I promise. This second point is key.

Our best friends make us laugh. Think about it, chances are the people you used to like most in school were the ones that made you laugh most often. They were the ones you wanted to go back to. So this amusement builds friendship, and this friendship in turn leads to trust. The builders of smart Chatbots know that if they can win this trust, the consumer will not only share more personal information, but they will go back to this source to get the help when they need it. This is perhaps why one of the early winners of Chatbots may well be after-sales customer services.

One thing is clear, if brands want to truly connect with millennials and their subsequent generations, they will need to go beyond their own Apps to do this. Given that messaging Apps now boast 5.6 times higher 12-month retention compared to other App categories, this would seem the obvious place to go. In a survey carried out in the US at the end of last year, it found that 59% of millennials and 60% of Gen Xers have used a Chatbot on a Messaging App. The team at Facebook Messenger have been well aware of this and have been heavily investing in their Chatbot platform for the last 2 years.

At their F8 2017 conference they announced a new Messenger 2.0 will contain a Discovery tab that is just for business. The idea here is allow consumers to have a conversation with their preferred brands via a real-life human or a chatbot. Unless your brand is big enough to manage a team of people to respond to these millions of queries coming in around the clock, then a Chatbot seems the sensible option to handle those initial requests and build that all important friendship. Perhaps the smartest bots of the future will be the ones that are able to hand off to a human when the moment warrants it.

So, what does this mean for the future Bot discovery? Will Facebook Messenger become the next Appstore? Maybe the digital managers of the future will be less focused on ASO & more focused on BSO (Bot store optimisation!). Whilst there are now over 100,000 chatbots on Messenger today, the only way to find them is by knowing the exact name of the Chatbot, so with this new Discovery tab will present a great business promotion opportunity to the brands that can move quickly on this.

There is also huge scope for the improvement in the utility value of many of these Bots. The vast majority of the 100k Chatbots are simply “1-trick ponys”, what I mean by this is that after about 3 responses the Bot is done. Either the conversation goes back to the beginning again (which is really the opposite of AI) or the Bot links you out to a webpage to buy something. A bit like an App that handles eCommerce badly and links you out to a tedious mobile website to complete a purchase. The Bots that really get traction, and possibly get featured by Facebook on their new Discovery page will be the Bots that have genuine utility. Useful we keep, useful we go back to! One Bot that I know is coming that is a perfect example of this is a drugs adherence bot for a well known pharmacy chain. This Bot will record your personal medication, what drug you’re taking, how often you take it etc, and will use this to not only send you timely reminders during the day to take your tablets, but also to reserve a refill a couple days before you’re likely to run out. Now that’s true usefulness in action.

However, to provide utility, you need context. And to get context, you need to know more about the person you’re chatting to. So, a Bot can either ask the user a lot of questions about who they are, where they are, what they need to get done, or (the smart) ones can use all the information that they potentially have about the user, in a CRM for example. If the Bot were part of an App that had the permission to track the user’s current location, then it would be able to add in a whole new level of contextual relevance, for example showing the nearest store to you right now that has the item you’ve just been chatting about — and showing you a google map walking route to it as it knows you’re on foot!

The Chatbots that choose to fully embrace conversational commerce will need to live by the mantra of “speed thrills, friction kills”. In other words, they really want their new “friend” to buy that rain coat the Bot suggested, then the Bot will need to be ready to handle the whole transaction within the conversation and not dump them out to a mobile website.

Conversion within a Chatbot conversation should naturally be higher since, in theory, you are talking to your friend with whom you have built up some trust. Think about it; which of these mobile interactions is more likely to spur you to order a coffee: the web browser pop-up that shows a picture of a brand of coffee and suggests some seasonal flavour offer, or your Barista Bot friend that says ”I know you’re busy this morning, shall I order you regular coffee now & have it ready for you to pick up at our Van Ness Ave store?”

So whether Chatbots will take over the App planet, or just become a new way to surface the same services and products we brand currently sell, one thing is for sure, we can expect to see a change in the way the future mobile users chose to talk to brands and services. The question before brands now is whether they have the agility to become an early adopter of this new conversational commerce and do it in a way that makes their customers go back to Bot, time and time again.

All Relationships Start With a Conversation: Why Conversat...

What is a Chatbot?