Everybody needs goals, right? We all work better when we have a target to meet and something to aim for. Well, just like people, mobile marketing campaigns work best when they have goals. For that reason, we are excited to introduce conversion goal tracking in Pulsate. From now on every campaign will have at least one conversion goal. This will allow much greater and more granular tracking of campaign success metrics in Pulsate. Read on for our Q+A about conversion goals and if you have any additional questions, please post them below in the comments section. 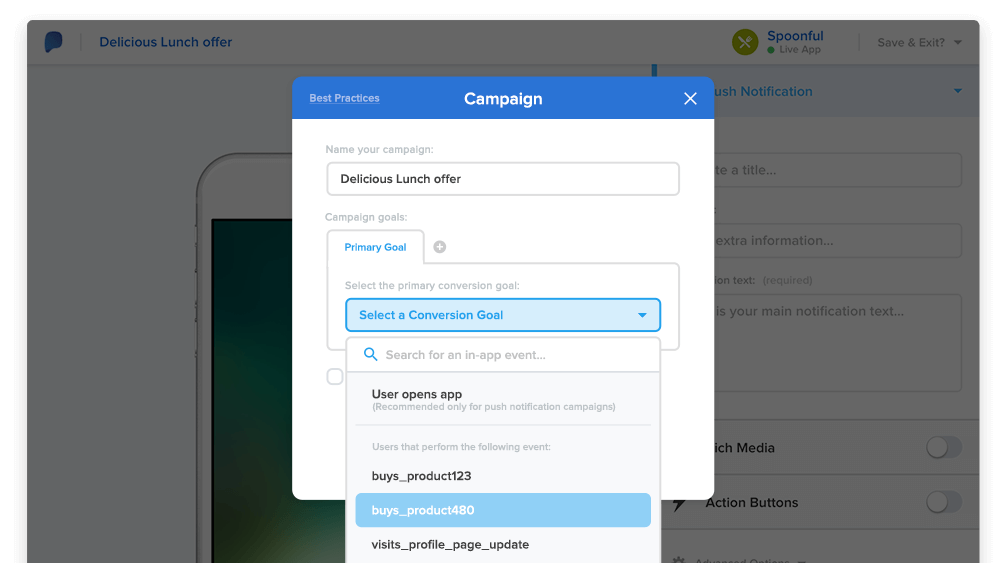 What is a Conversion Goal?

Pulsate enables you to set a Conversion Goal for every campaign that you send so that you can track how well your campaign performed. A conversion goal is an event that you wish the user to carry out within a certain period of time after they receive a campaign. The conversion could be based on the user carrying out a specific action within your app such as clicking a specific button or visiting a certain section of your app or it could be based on the user opening your app within a specified period of time.

What can I set as a Conversion Goal?

A conversion goal can be set based on the user opening your app or an action that the user carries out within the app. Action based conversion goals are based on in app events which can be added to any event or action within your app. For more information on setting up in app events, please see our [Android](https://pulsate.readme.io/docs/setting-custom-events) and [iOS]( https://pulsate.readme.io/docs/creating-custom-events) guides.

How many conversion goals can a campaign have?

A campaign can have two conversion goals, a primary goal and a secondary goal. These goals are completely independent of each other and the conversion rate for each goal will also be tracked separately. The conversion event for both the primary and secondary goal can be set to either the user opening your app or the user carrying out a specific action within the app.

How long will the conversion goal be valid for?

When will the conversion goal start being tracked?

How do conversion goals work with control groups?

If you have any additional questions, leave a comment and we will answer them. For information on how to setup conversion goals with your campaigns, please click here.

3 iOS 12 Updates that every Marketer should know about